First of all some children were awarded certificates for something that they had done well.

This time there was an unexpected award. Miss Joanna was awarded a certificate for passing her exams and gaining her diploma! All that studying while working paid off.

The Year 6 children then took the stage, telling us about some of their memories of their lives at the school. 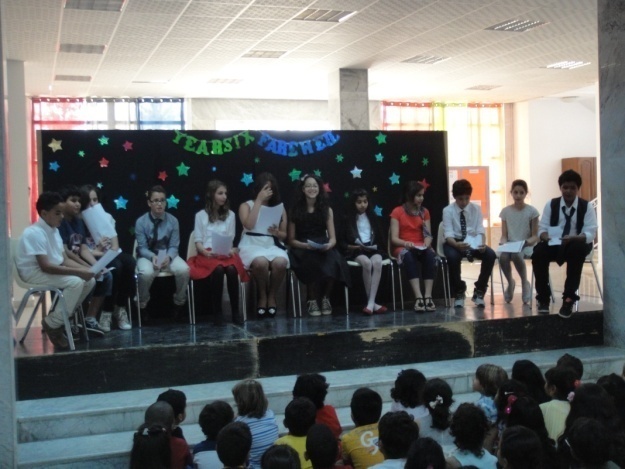 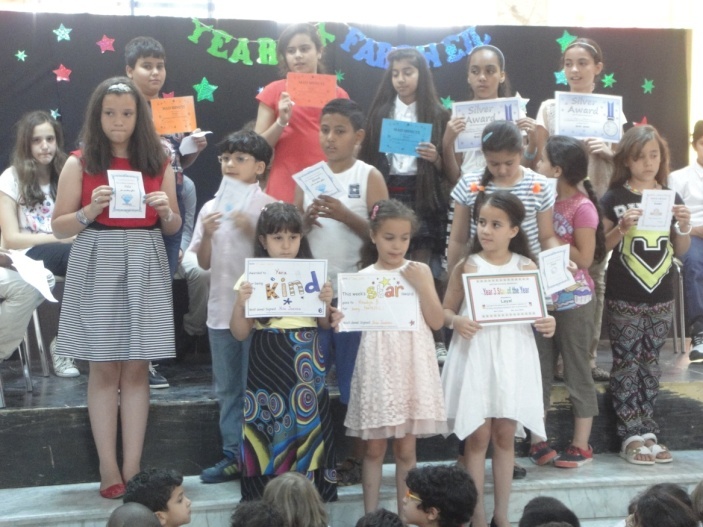 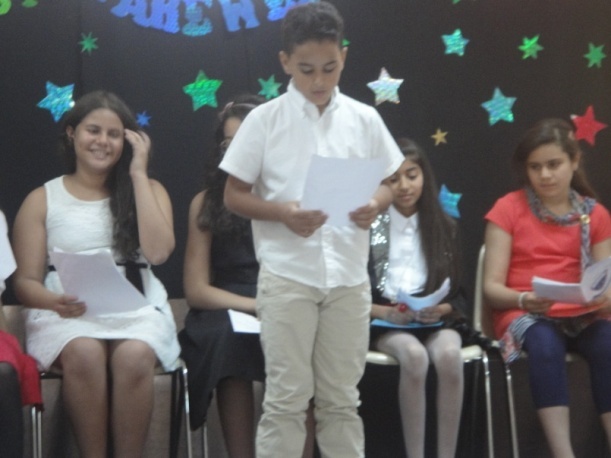 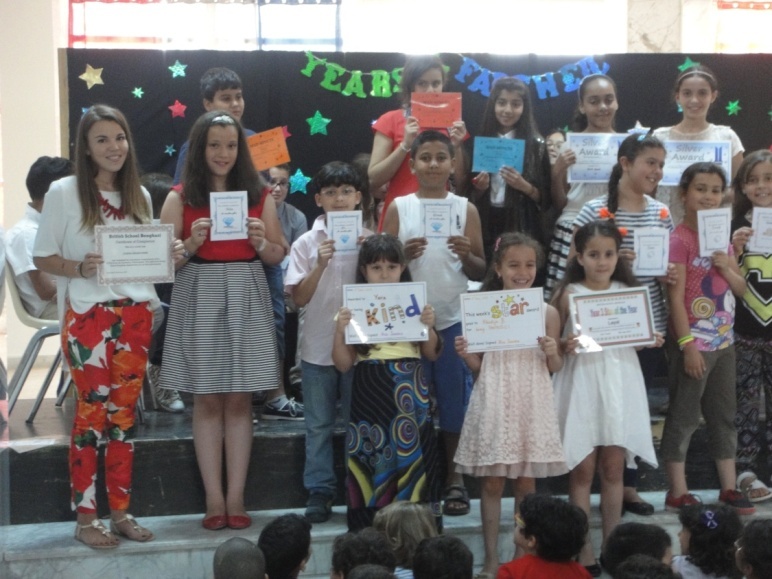 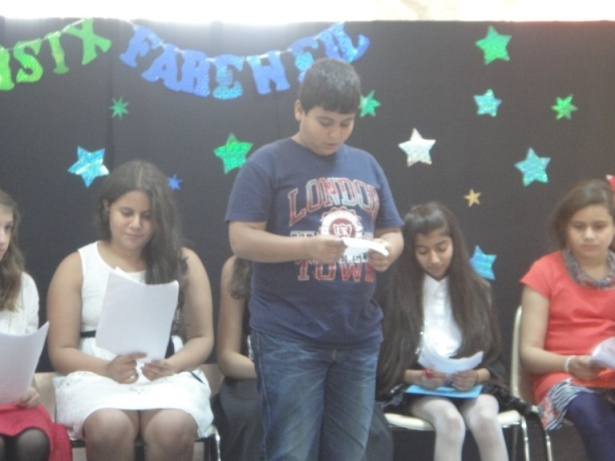 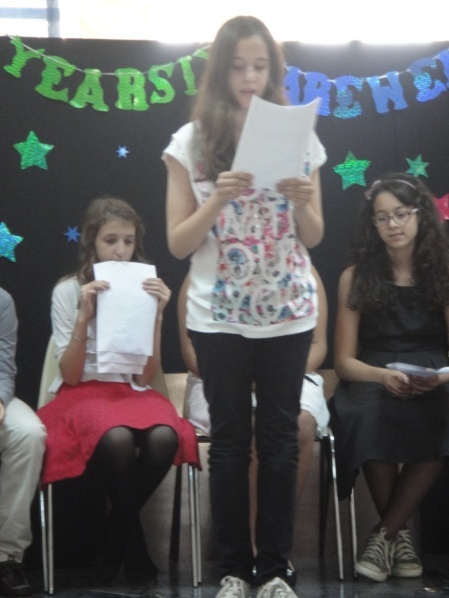 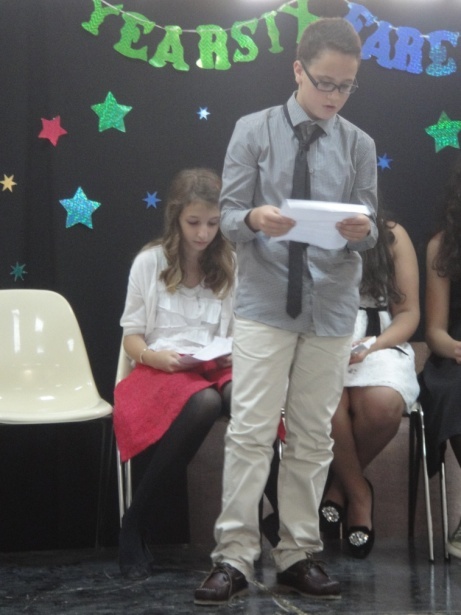 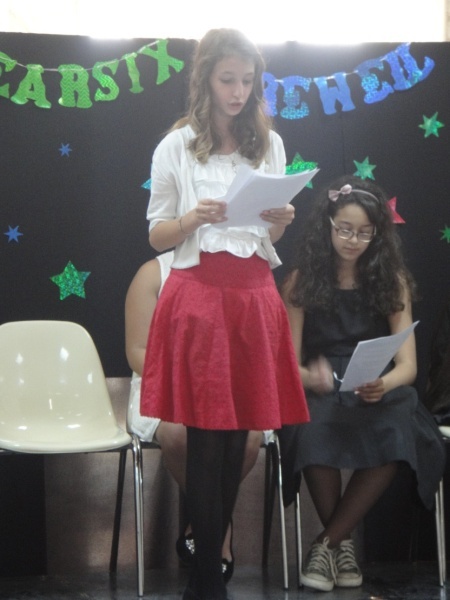 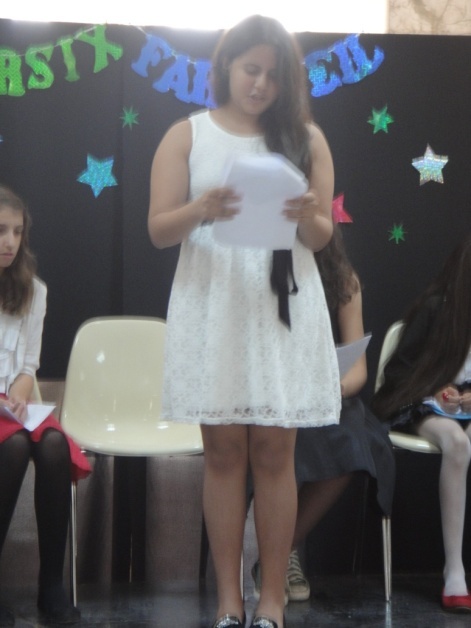 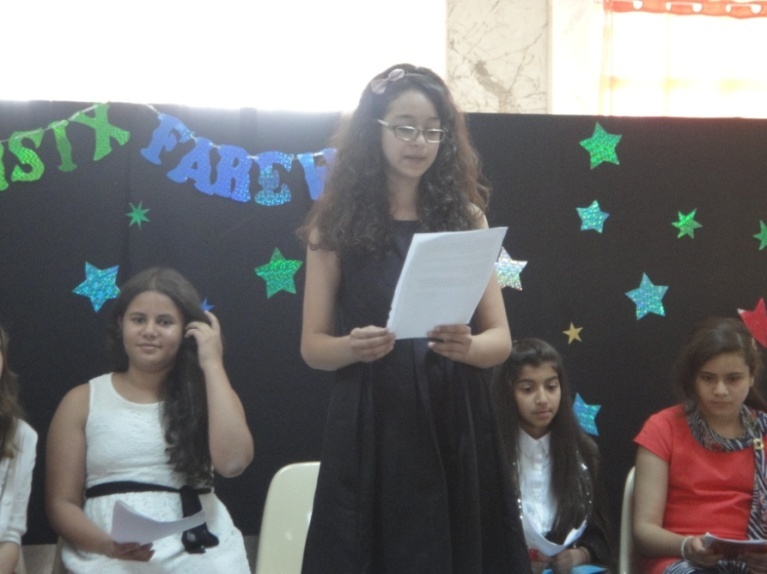 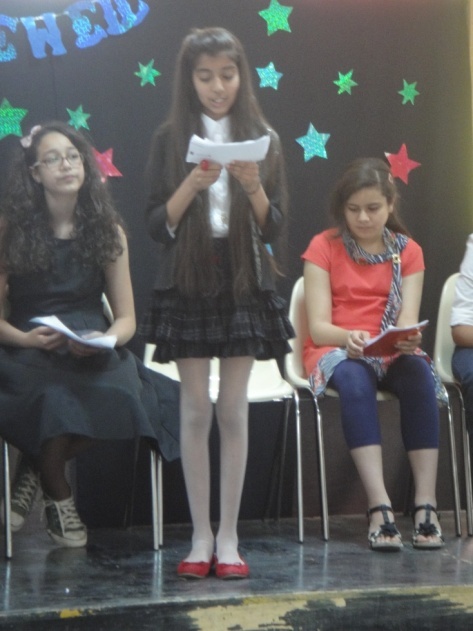 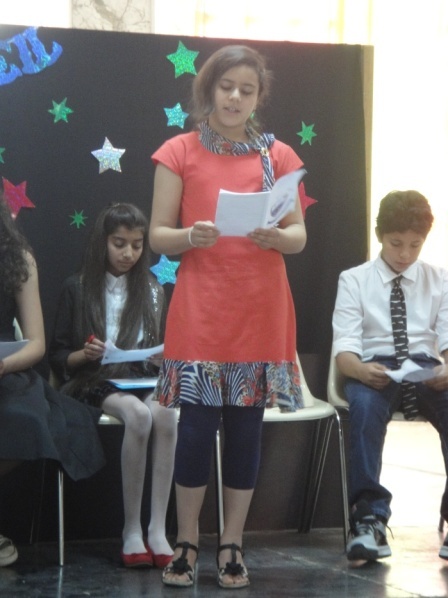 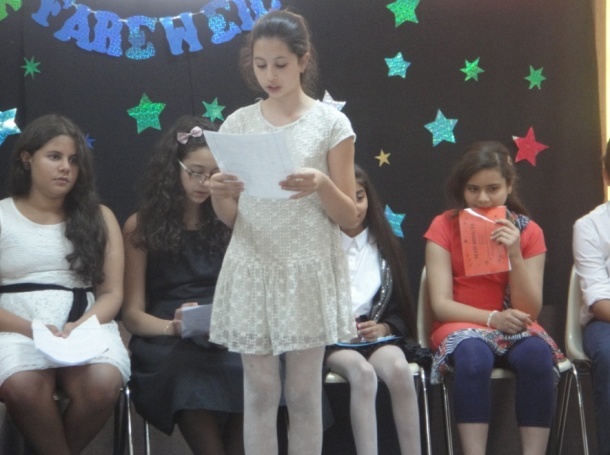 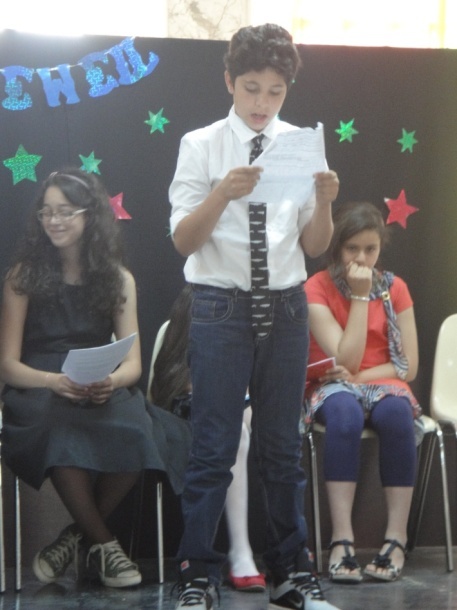 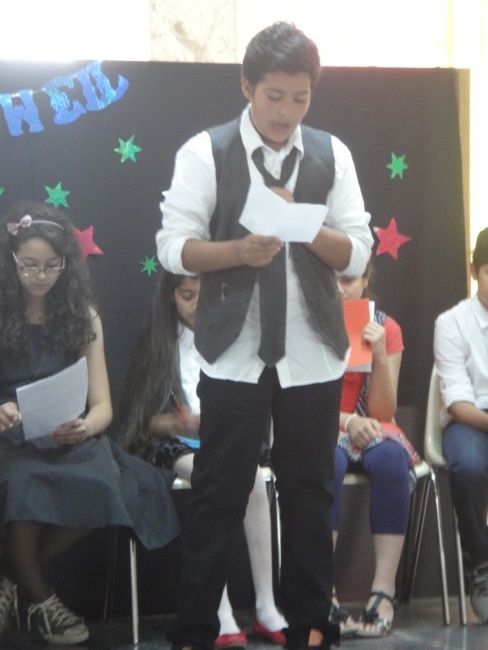 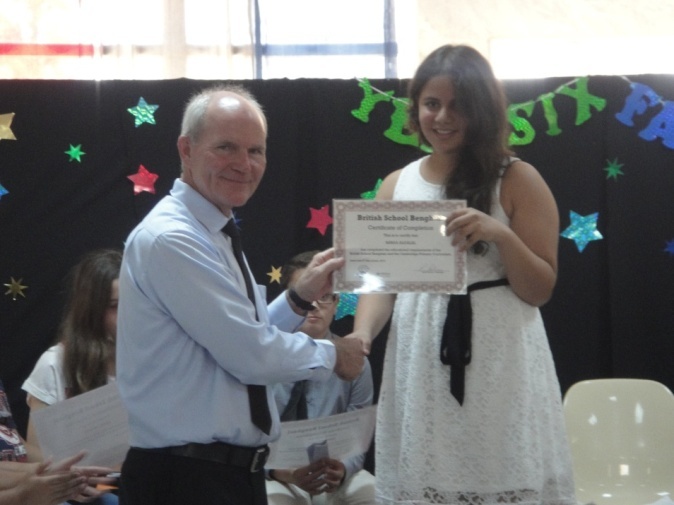 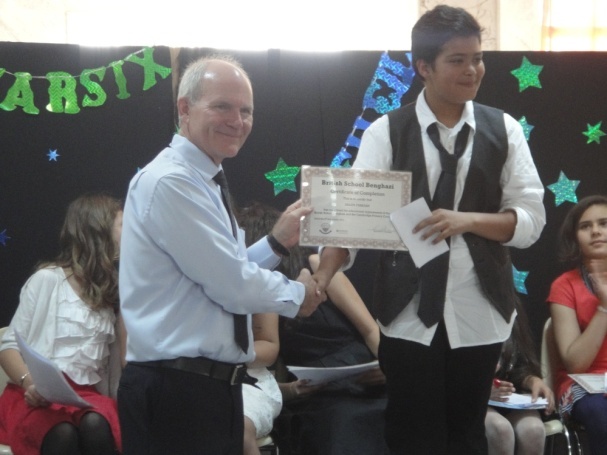 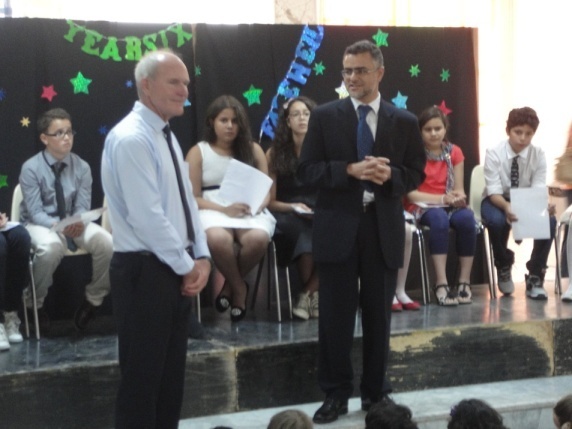